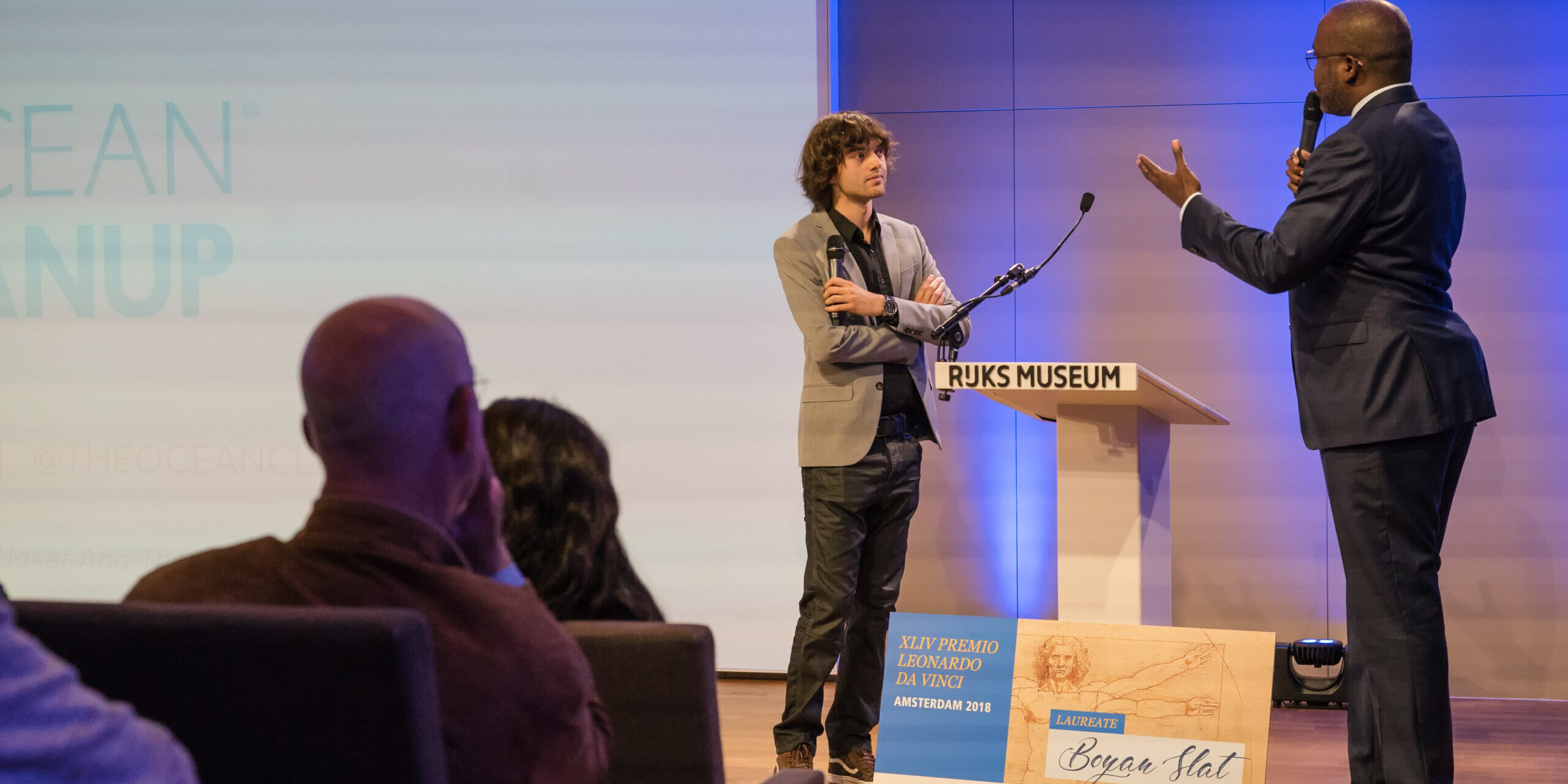 Boyan Slat, founder and CEO of The Ocean Cleanup, received the 44th International Leonardo Da Vinci Prize in a crowded auditorium of the Rijksmuseum on Saturday 2 June. The prize, an initiative of 11 European Rotary Clubs, is for a young, promising person who is active in one of the many fields of work of Leonardo da Vinci.

Slat receives the prize, € 12,000, for the inspiring work he does with The Ocean Cleanup to get the oceans free of plastic. The price at Slat prompted 15 Amsterdam Clubs to start the campaign Rotary End Plastic Soup Now. After the award ceremony, more than 200 Rotarians, together with Plastic Whale and 100 children from the Weekend Academy, fished plastic in the Amsterdam canals. A good start to the End Plastic Soup Now campaign.

The ‘Premio Leonardo da Vinci’ has been awarded alternately since 1973 by one of the 11 participating Rotary Clubs (Florence, Athens, Vienna, Madrid, Brussels, Tours, Würzburg, London, Dublin, Copenhagen and Amsterdam). The prize keeps the thought of Leonardo da Vinci alive. This year is Laureaat Boyan Slat, the 23-year-old Dutch inventor and entrepreneur who uses The Ocean Cleanup to develop the most advanced systems to make the oceans plastic-free.