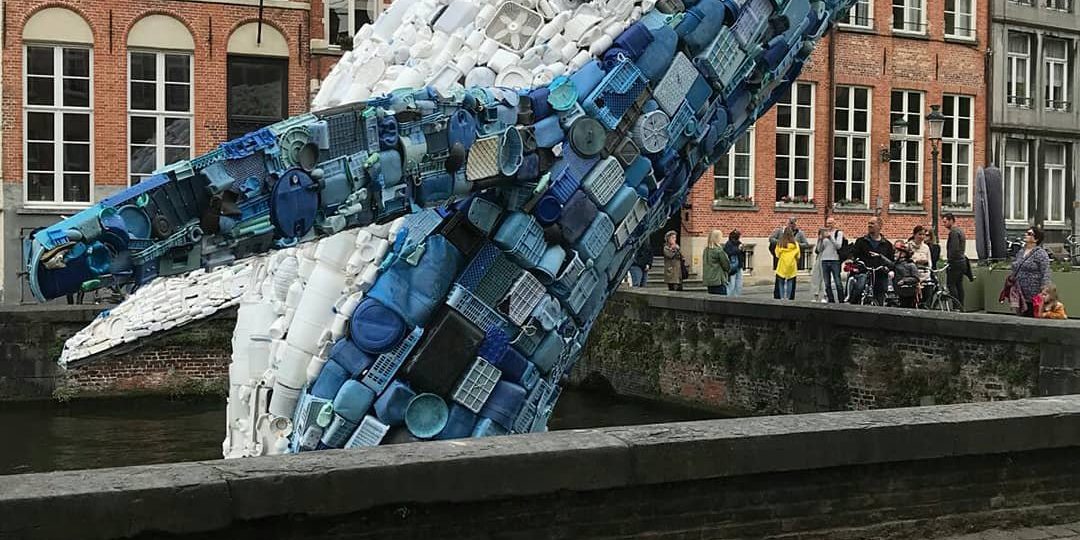 STUDIOKCA, a brooklyn-based architecture and design firm, has pulled over five tons of waste from the ‘plastic soup’ that is floating on the surface of the pacific ocean. This accumulation was used as a medium for their four story tall sculptural whale that now rises up out of the bruges canal. this colossal whale, ‘skyscraper,’ serves to both address the 150 million tons of plastic waste which remain, as well as emphasize the necessity for individual and collective action.

The project was a response to the ‘liquid city’ theme of the 2018 bruges triennial. STUDIOKCA, led by Jason Klimoski and Lesley Chang, worked with volunteers from the hawaii wildlife fund and the surfrider foundation, to comb the beaches of hawaii and gather this waste material.

Regarding the ultimate decision to create a whale out of this accumulation, the firm explains: ‘a whale, breaching from the water, is the first ‘skyscraper of the sea’, and as the largest mammal in the water, it felt like the right form for our piece to take in order to show the scope and scale of the problem. also, we were able to pull over 5 tons of plastic out of the ocean in a very short period of time, which means we have material for something large.’