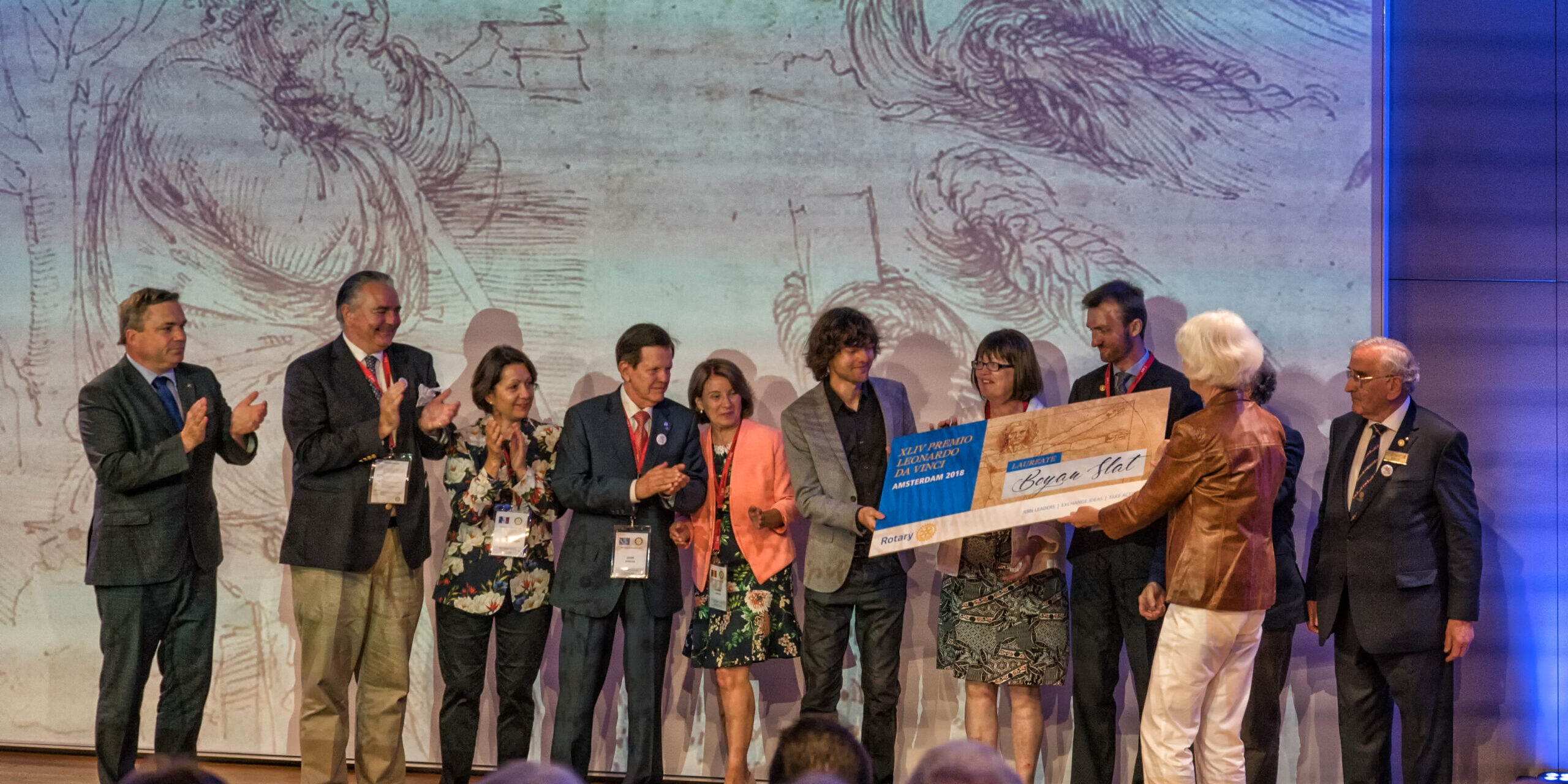 Boyan Slat, founder and CEO of The Ocean Cleanup, received the 44th International Leonardo Da Vinci Prize at the Rijksmuseum on Saturday June 2nd, 2018. The prize, an initiative of 11 European Rotary Clubs, is for a young, promising person who is active in one of the many fields of work of Leonardo da Vinci. Slat receives the prize, € 12,000, for the inspiring work he does with The Ocean Cleanup to get the oceans free of plastic. The price at Slat prompted 15 Amsterdam Clubs to start the campaign Rotary End Plastic Soup Now. After the prize-giving ceremony, over 200 Rotarians will join plastic Whale and 100 children from the Weekend Academy for plastic fishing in the Amsterdam canals.

The ‘Premio Leonardo da Vinci’ has been awarded alternately since 1973 by one of the 11 participating Rotary Clubs (Florence, Athens, Vienna, Madrid, Brussels, Tours, Würzburg, London, Dublin, Copenhagen and Amsterdam). The prize keeps the thought of Leonardo da Vinci alive. This year is Laureaat Boyan Slat, the 23-year-old Dutch inventor and entrepreneur who uses The Ocean Cleanup to develop the most advanced systems to make the oceans plastic-free. Read more about this award.

More than 100 children are fishing

After the prize-giving ceremony, the Rotary Clubs took the lead by helping out. They went with 200 Rotarians and over 100 children, accompanied by Plastic Whale plastic fish in the Amsterdam canals. From 12:30 onwards, 20 boats left the Rijksmuseum. They already carry plastic fishing to Hannekes Boom where they hand over the boats to more than 100 children of the Weekend Academy.  Read more about this event.

«We are very proud to go again with such a large group of enthusiastic children plastic fishing next Saturday. Last week they already had lessons from our skippers about plastic soup and are determined to break the average amount of plastic.»

‘What is happening today is Rotary in its best form: a local initiative is shared within the Rotary network, creating a movement by connecting with the 1.2 million members of Rotary worldwide. Earlier, the Rotary campaign ‘End Polio Now’ helped polio as well as the world. With End Plastic Soup Now we have similar ambitions. ‘

‘With the start in Amsterdam, we want to start the awareness process and challenge Rotary clubs to think about how they can contribute to solving this immense problem. In June 2019 the annual international Rotary Convention takes place in Hamburg. that the plastic problem is high on the agenda, we hope that 1.2 million Rotarians all over the world will endeavor to end the ‘plastic soup’.

See the photo impresion on our website and the short movie below by Sandy Verhoeve.