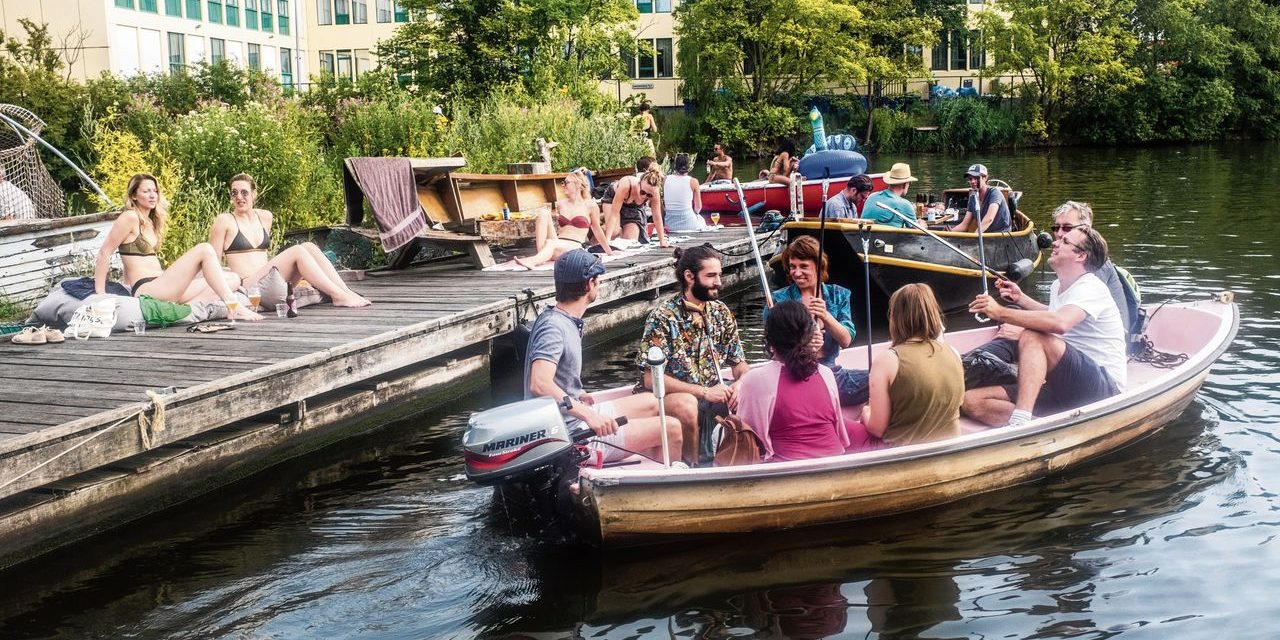 How do you clean up something fun? Well, for example by making it a whole festival.

Armed with grabs and a garbage bag, the festival goers step into the boat. The first stop is a quay where the remains of an undoubtedly pleasant evening float in the water. “This is not normal”, it sounds when an amaretti bottle in the garbage bag disappears. A crisp bag is fished out of the water, a plastic planter, a Nike shoe. When a dead fish is spotted, the group gasps for breath. “That is the result of all that junk.”

The boat trip is part of the Trashlesstival that takes place at Café de Ceuvel in Amsterdam, where around fifty environmentally conscious festival-goers mix between the beer-drinking café-goers. In addition to junk fish, visitors can also pick up trashdating along with someone on trash dues in the streets around the café (trashdating) while running (plogging), a trend that has come over from Sweden. The free festival is the temporary highlight of the dozens of clean-up events organized by initiator Rosa Leijdekkers (37) under the name Trashdating.

It is not yet self-evident to clean up waste lying around, says Leijdekkers. She wanted to “do something” about the pollution of the earth, and decided to start by cleaning up the waste in her street. Some passersby helped her, or said she was doing well. But she was also looked at weirdly, she says. “I was ashamed, apparently enough people walking around who are not ashamed when they throw their rubbish on the street. I realized how crooked that is. ”

Two years ago she started organizing cleaning walks in the surroundings of Amsterdam, Haarlem and Zandvoort. With the ‘trashdates’ – no romantic dates – she brought like-minded ‘green’ people into contact with each other. Leijdekkers: “If you collect garbage in groups, you notice that and you inspire bystanders to do the same. Moreover, it is cozier. If you try to improve the world on your own, you will quickly suffer from negative thoughts: ‘this does not stop’, ‘this is the responsibility of politicians or CEOs’. I want people to be happy with cleanup; that it will be something cool to do. “

Litter gathering in Spaarne
7 May 2019